As of July 1968, Daniel Dreux, filmmaker – reporter, surveyor and president of the ¨ Center for Studies in the Tropical Environment ¨ directs a series of missions in the Kastic areas of Guatemala.

From 1,968 to 1,975, he discovers and explores hundreds of caverns, mainly in Alta – Verapaz. Some are exceptional, like that of ¨ Bombil – Pek ¨ with its cave paintings that evoke the mythology of the underground world of Xibalba, described in ¨ Popol Wuj ¨, the sacred book of the Maya …

On May 27, 1974, leading a new mission, formalized by the French and Guatemalan governments, Daniel Dreux discovers, in the heart of the jungle that still covers ¨ the Northern Transversal Strip ¨, the ¨ la Candelaria ¨ hydro karstological system .

With a dozen speleologists and scientists, French and Guatemalan, Daniel Dreux organizes the systematic exploration of the caves and performs the complete mapping that allows to classify ¨ Candelaria ¨ as one of the largest caves in Latin America, with 22 kms of main galleries and gigantic rooms.

In 1975, the archaeological and versatile studies of the French experts of the mission confirmed Daniel Dreux’s hypothesis: ¨la Candelaria¨, an important place of pilgrimage (the thousands of vessels that carpet the floors and the numerous altars found evidence it), is the famous:

" Sacred River of the Mayas " 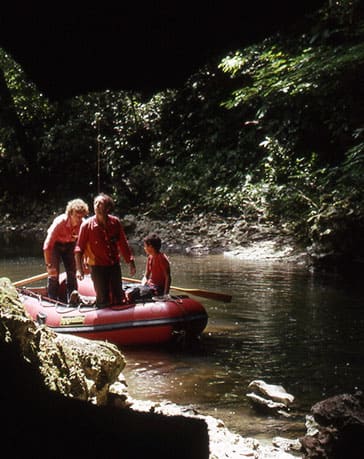 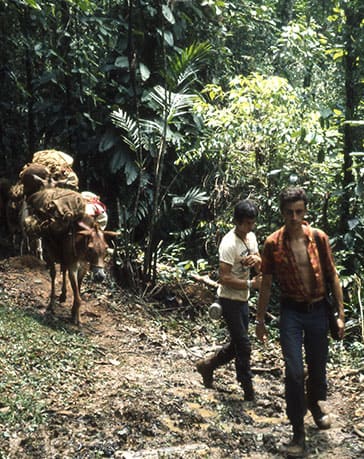 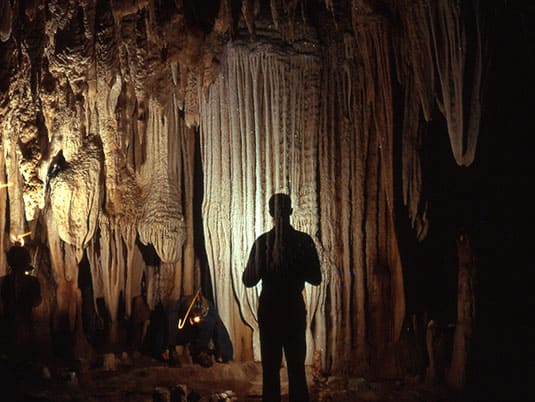 evoked by Hach ´Akyum, creator god of the Lacandón people and tour of the solar god ¨ Ah Kinchil ¨, transformed into a jaguar to travel the underground river, every night, from West to East, according to the writings of Popol Wuj.

Since then, Daniel Dreux and his friends of the Association ¨ Terre Maya ¨ began a long ¨ fight ¨ to protect this exceptional heritage of humanity, with its sacred caves and its indispensable jungle environment …

Today, the discoverer and explorer of the Candelaria Caves offers you the best options to live unforgettable adventures in the Sacred Paradise of Guatemala.